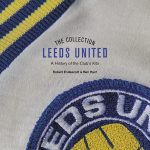 The Leeds United Collection is a sensational, multi-coloured visual journey through the history of ‘The Whites’ (formerly ‘The Peacocks’), a unique and special insight into one of the most famous clubs in football. From 1919 to the present day, all Leeds kits are featured together with all the ups and downs of the club’s amazing life.

Buy the hardcover on Amazon. 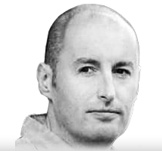 Robert Endeacott is a Beeston, south Leeds writer and novelist, and ‘pretend artist’, born in 1965.  For anyone who thinks it’s relevant, his birth sign is Aries and he is a pukka April Fool, too.

Published works began in 2002 with Route and Robert’s acclaimed novel One Northern Soul.

The sequel No More Heroes came next, as well as the Leeds United fun compilation Fanthology (with Graeme Garvey).

The ironically-titled Dirty Leeds novel arrived in 2009, published by Tonto Books.  It’s the life and times of Jimmy O’Rourke paralleled with that of Don Revie while manager of Leeds United.

The sequel, Disrepute – Revie’s England, followed, more stories of Jimmy and of Revie as England manager.

(The final part of the Dirty Leeds Trilogy is Scandal FC beginning in 2002.  This book is currently available only in e-form.)

Publisher closure and Dirty Leeds out of print prompted the release of After Extra Time (Dirty Leeds Uncut) in 2012.  It is the unabridged version of Dirty Leeds containing substantially more of Jimmy O’Rourke’s personal story.

In 2014, Soundcheck Books published Robert’s factual biography (of sorts), Peaches – A Chronicle of The Stranglers, 1974-1990.  Robert’s favourite band remains The Stranglers and he is adamant there is never enough written about them.

In 2015, Milo Books published the factual account of the police operation dealing with Birmingham City’s Zulu Warriors in 1987.  Co-written with the former chief officer of ‘Operation Red Card’, Mike Layton, Hunting The Hooligans has also been adapted into the screenplay Operation Zulu.

Late 2018 saw the release of The Gigante, the fictionalisation of Welsh superstar John Charles’ life in 1957 when leaving Leeds United for Juventus.  It is not just a football story, much of the tale is his wife Peggy’s experiences of life in Turin.